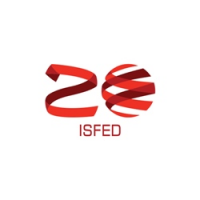 Akhaltsikhe District Court invalidated decision of a commission for selection and certification restricting ISFED’s right to monitor the process of competition for municipal employment.
ISFED has been monitoring local self-governments throughout all self-governing communities and cities of Georgia since October 2014. Among other goals, the monitoring focuses evaluation of staff changes in municipal governments following the local self-government elections, dismissals and recruitment of new employees, and selections/certifications, in order to identify any possible legal violations. ISFED has used 73 observers in 52 municipalities and 6 self-governing cities to monitor the process of selection/certification. In 14 self-governing agencies, ISFED request to monitor interviews was rejected in part or in full. ISFED found that the commissions’ practice about openness of their activities was inconsistent.
Akhaltsikhe District Court made an important decision following ISFED’s complaint, elaborating on the issue of openness of work of the commissions. ISFED filed the complaint after commission’s refusal to allow monitoring of the process of interviews.
Commissions for selection and certification must abide by the principle of openness of public service. The court explained: “openness is an important foundation of trust of citizens and general public towards all agencies, and especially towards public agencies. Monitoring by no means is an intrusion in the process of interviews. An objective monitoring rules out any prejudice.” The court also believes openness should be interpreted broadly, beyond ensuring stakeholders’ access to selection results.
ISFED welcomes the decision of Akhaltsikhe Municipaplity and remains hopeful that commissions for selection and certification set up at local self-government agencies will uphold the decision and ensure open and transparent process of selection for public service employment.
<< Back