NGOs presented recommendations about special polling stations to the government 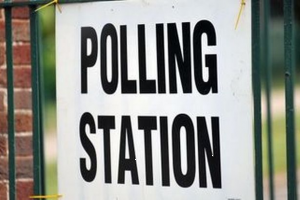 International Society for Fair Elections, Georgian Young Lawyers’ Association (GYLA) and Democracy (ISFED), and Transparency International – Georgia presented recommendations about special polling stations to the Government of Georgia.
Although following the 2012 elections the government made positive strides by reducing the number of special polling stations and distancing the law enforcement authorities away from electoral procedures, the issue reemerged during the October 31, 2015 by-elections.
Setting up and voting in special polling stations has been a widely-disputed problem for years, because the applicable election law leaves room for abuse. One of the most controversial issues is voting by military personnel deployed outside their places of registration. In particular, unlike voters on a special voters’ list, members of the military are able exercise their right to vote outside their place of registration. During previous elections, some electoral subjects suspected that movement of military forces in different polling stations ahead of the Election Day aimed to artificially increase the number of certain political party supporters.
Our recommendations ensure that the military is able to exercise the right to vote. In particular, military personnel should be authorized to vote according to the place of their residence or in a civilian polling station nearest to their place of deployment. In addition, the law should strictly define the exceptional cases where establishment of special polling stations is allowed. Military voters will be able to exercise their right to vote in presidential, local self-government and parliamentary elections (through proportional system) in Georgia, while in majoritarian elections they will be able to vote in special polling stations if their places of registration fall within the electoral boundary of the polling station concerned.
We stand ready to cooperate with political parties, authorities and all other stakeholders to ensure that the above recommendations are discussed by the Georgian Parliament.