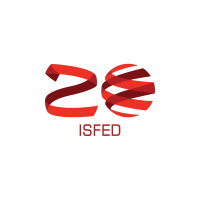 International Society for Fair Elections and Democracy (ISFED) is monitoring October 31, 2015 Parliamentary and Sakrebulo by-elections by means of 48 short-term observers, two district observers and two mobile teams.
ISFED observers did not detect any major violations during opening of polling stations. As of 15:00, the polling process is progressing in a peaceful environment. Only minor irregularities have been observed, most of which were shortly resolved locally.
Violation of Rules for Publishing Public Opinion Polling Results
On October 31, 2015, a day before the elections, several news agencies released results of survey that measured voters’ views about elections in Sagarejo.
Article 50 of the Election Code of Georgia prohibits “publishing of public opinion poll results with regard to elections, except for the possible number of voters in elections and the number of voters participating in elections on polling day, within 48 hours before polling day and until 20:00 of that day.”
ISFED believes that the news agencies violated applicable legal procedures by publishing the public opinion polling results. In addition, address cited as source of the survey by one of the websites could not be found.
By virtue of Article 82 of the Election Code of Georgia, any such actions is punishable by a fine of 1 500 laris.
ISFED will examine the violation and will refer the information to the Georgian National Communications Commission for further actions.
Presence of Unauthorized Individuals at a Polling Station
Proxies of a political union Georgian Dream were present at Sagarejo no.11 and Martvili no.2 electoral precincts, two at each precinct. Based on ISFED’s reprimand, one proxy was forced out from each of the precincts by the PEC Chairpersons.
Control Sheet Violations
At Martvili electoral precinct no.26, one ballot was cast before the control sheet was placed in the ballot box.
At Sagarejo electoral precinct no.8, place of registration of first voter was missing from the control sheet.
Voter List Violations
Mobile ballot box list was missing at Sagarejo electoral precinct no.8. The list was delivered to the precinct after the violation was reported to the PEC Chairperson.
At Martvili electoral precincts no.2 and no.26, mobile ballot box voters were missing from the unified voter list. The violation was resolved at both precincts after ISFED’s observer provided instructions.
Voting Violations
At Martvili electoral precinct no.37, a voter that cast a ballot had not been marked with ink.
At Martvili electoral precinct no.10, one voter attempted to cast a ballot with a copy of an ID card and another voter failed to present an IDP card. The voters were banned from voting after ISFED’s observer interfered.
At Sagarejo electoral precinct no.39, election workers failed to follow the order of polling procedures. In particular, a registrar let a voter sign his name on the list before he was marked with ink. The voter was banned from voting because he refused to be marked with ink. The PEC drew up an explanation act about the incident.
Problems with Technical Equipment at Polling Stations
At Martvili electoral precinct no.31, polling process started late because inking lamp was
out of order.
ISFED’s representatives have entered five reprimands in election log-book about violations detected at this time and have filed three complaints with District Electoral Commissions (DECs) seeking imposition of disciplinary liability of PEC members.
Parliamentary by-elections are held in Sagarejo no.11 and Martvili no.65 majoritarian electoral districts, and Sakrebulo by-elections are held in four single-mandate majoritarian districts of Sagarejo, Dmanisi, Vani and Khobi municipalities in Georgia.
ISFED election monitoring mission is made possible by the generous support of the American people through the United States Agency for International Development (USAID). The contents are the responsibility of ISFED and do not necessarily reflect the views of USAID, the United States Government and the American people.
<< Back