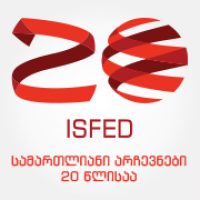 Tetritskaro District Court abolished the decision of the Commission for Selection and Certification limiting ISFED’s authority to monitor competition process for municipal public service employment.
As you may know, ISFED has been monitoring local self-government agencies in all self-governing communities and cities of Georgia, focusing on staff changes, dismissals and new hires in local self-governments following the LSG elections, as well as legal evaluation of the process of selection and certification of public servants. To this end, 73 observers representing ISFED monitored the process of interviews as part of selections and certifications in 52 municipalities and 6 self-governing cities of Georgia. ISFED was not allowed to monitor all or part of the interview process in 14 local self-government agencies. We found inconsistent practice of transparency by selection and certification commissions.
Following ISFED’s complaint Tetritskaro District Court delivered an important decision explaining transparency of activities of commissions for selection and competition.  ISFED filed in court as a result of the commission’s decision refusing to provide the organization with access to interviews, stating that the commission was already manned by members of labor unions, independent specialists, and it was therefore unacceptable to allow representatives of any other additional non-governmental organization to attend the process interviews.
The court clarified that commission for selection and certification of municipal employees is a public establishment and therefore, its activities must be in compliance with requirements of the Law of Georgia on Civil Service and the principles reinforced by this law.
In its activities the commission must abide by key principles of public service, including openness. The court explained: “openness is one of the most important grounds that determines trust of citizens and public in general towards all agencies and especially towards public agencies. Clearly, monitoring does not mean any interference in the process of interviews. Objective monitoring rules out any bias.” Further, the court believes that public access should not be narrowly defined as access of interested individuals to results of the competition. Rather, interested individuals should have access to information about all stages of competition, which is further reinforced by the fact that by virtue of the regulations of the commission decisions are made through open voting. Similar rule is established by the Resolution of the Government of Georgia that regulates key principles of competition.
ISFED welcomes the decision made by Tetritskaro Municipality and remains hopeful that selection and certification commissions set up in local self-government agencies will uphold the foregoing decision and hold public service competitions in an open and transparent manner.
<< Back