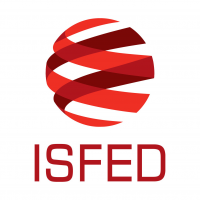 On January 31, ISFED’s observer was not allowed to monitor job interviews at Terjola Gamgeoba. The observer reported that she was mistreated and subjected to verbal threats by unauthorized persons inside the building, who were members of the commission for certification and competition. In particular, Head of Gamgeoba’s Department of Economy and Property at Besarion Sopromadze, Head of the Administrative Department Eliso Zhorzholiani and Members of Sakrebulo Gia Liluashvili and Aleksandre Zalkaniani made several incorrect remarks at the observer, demanded that she leave the premises and threatened to call the police if she failed to do so.
The observer was inside the municipality building and not the interview room, requesting official statement from the commission as to the reason why she was not allowed to attend the interview. She said she would live the premises as soon as they clarified the reason.
Initially the commission was set up at Terjola Municipality led by Chairman of Terjola Municipality Sakrebulo Malkhaz Gurgenidze. Later his resignation from the office resulted in dissolution of the commission and replacement of its members. Teimuraz Japaridze, Terjola Municipality Gamgebeli was appointed as the new head of the commission.
The original commission had allowed ISFED to monitor all stages of the process of certification and competition, based on a letter sent to the commission by ISFED. After the new commission was set up, ISFED’s observer contacted the chairman, Teimuraz Japaridze, about details of monitoring job interviews. Even though the chairman gave us a verbal consent to attend job interviews and ISFED filed an official letter of request, in response we were only provided with a schedule of job interviews, without any information about the consent to attend these interviews.  Notably, ISFED’s observer who had arrived at Gamgeoba to attend job interviews was told by a member of the commission that they had not been notified about the monitoring. Further, the chairman, whom the monitor reminded about their previous conversation and verbal consent, stated that he sided with the decision of the commission and that he was not authorized to issue a permission to attend the interviews.
Acting Chairperson of Terjola Sakrebulo was also prohibited from attending the job interviews. He had applied to the commission a day before for its permission to attend. The chairperson stated Terjola Commission for Certification and Competition operates independently from the commission chairman and is governed by unauthorized individuals.
We believe that similar to other municipalities where our right to monitor was curtailed, the decision of Terjola Municipality Commission for Certification and Competition is biased and unfounded, especially considering that ISFED had already received a consent to monitor all stages of certification and competition in Terjola Municipality. We also believe that unauthorized individuals have no right to interfere with the decision-making process related to certification and competition and to exert pressure on observers.
<< Back