Assessment of the Pre-Election Period of the Second Round of Local Self-Government Elections on July 12, 2014 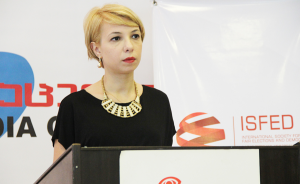 Parties were not being particularly active during the pre-election period of the second round of the local self-government elections. Compared to the pre-election period of the previous round, the number of meetings held by candidates with voters significantly decreased.
From June 23 to July 11, 2014, ISFED’s coordinators attended 115 meetings held by candidates in those municipalities and self-governing cities where the second round of elections will be held, including 98 meetings held by the coalition Georgian Dream, 12 by the United National Movement, 4 by Burjanadze – Unified Opposition and 1 by the Alliance of Georgian Patriots. Election subjects called for active voter participation and support in the second round of the elections.
During the pre-election period of the second round one act of illegal agitation was detected by a representative of the Orthodox Church.
Further, Deputy Gamgebeli of Terjora pressured trustee of the village of Chognari into resignation.
The moratorium announced by the authorities was violated by arresting head of the election campaign office of the United National Movement.