“International Society for Fair Elections and Democracy” presented its research - “Analysis of the Draft Law on Local Self-Governance, International 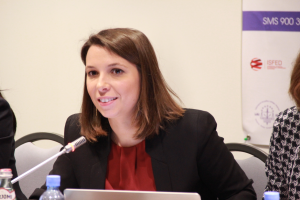 On January 29th, 2014 , “International Society for Fair Elections and Democracy” presented its research -  “Analysis of the Draft Law on Local Self-Governance, International Experience and Recommendations”.
The new Code on the Local Self-Governance is actively discussed not only among politicians but also in the large circle of the society. For this reason, ISFED decided to conduct a research and to present the issues, which have been largely discussed to the society.
With this research, ISFED would like to state its own position regarding the mentioned Draft Law and present its recommendations on the modifications introduced by the new Code.
Our recommendations are based on the international practice and on the self-governance experience of different countries, close to our reality, which have made the transition from the social and soviet system to the democratic self-governance. The recommendations also take into consideration the compliance of the proposed initiatives with the “European Charter of the Local Self-Government” – Stated Ms. Nino Lomjaria, Executive Director of ISFED.
The presentation of the research has been followed by the discussion between the representatives of the civil society, political parties and the government regarding the Self-Governance reform and the initiatives to be implemented in the nearest future.
The discussion was focused on the increase of the number of the self-governing entities, their composition, as well as the direct election of the executive officials and no-confidence mechanism. Among the topics of the discussion were the financial independency of the self-governing entities, the management of the property, the decrease of staff number, also the regional and community self-governance.
<< Back