Trustees in Aspindza Requested by Gamgebeli to Resign 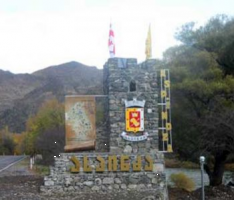 According to ISFED’s information, at the meeting held on August 2, Gamgebeli of Aspindza requested trustees of villages and their assistants to write a letter of resignation.
ISFED was informed by the trustee of Oshora-Idumala that Gamgebeli Levan Cabadze and his deputy Aleksandre Papashvili declared to the trustees and their assistants that if they would not resign from their positions, they would use other forms of compulsion against them.
In the conversation with ISFED, Gamgebeli of Aspindza Levan Cabadze denies any kind of intimidation but he confirms the fact that he requested from trustees to write a letter of resignation and continue working as acting trustees. He explains these requests with the will of the village residents.  According to his statement, inhabitants of the villages are dissatisfied with the work of the trustees and the trustee who will not resign will “go against the will of the village”.
Following the meeting, majority of trustees and their assistants wrote resignation letters. However, part of them refused to resign.
According to the Organic Law of Georgia on Local Self-Government and the Law of Georgia on Public Service, Gamgebeli of a municipality, is entitled to dismiss a trustee of the self-governed entity on the statutory grounds. Accordingly, ISFED considers that the request of the municipality Gamgebeli to the trustees to write the resignation letters is against the law and contains the signs of threatening and intimidation.
<< Back