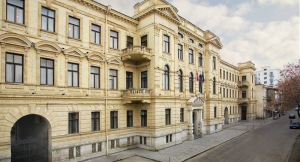 Today at the meeting of the High Council of Justice, it was once again demonstrated that a certain group with narrow interests holds an uncontrolled power in the judiciary. Today, with procedural violations, in the pre-New Year period and with expedited procedures, the Council made a decision to nominate 10 candidates for the Supreme Court. This shows that by completely ignoring public discussions and minimum standards of transparency, Council intends to appoint their desired candidates to the Supreme Court and eventually aims at taking full control over all instances of the judiciary.
The fact that the issue was going to be discussed at today's session of the Council became known only late last night. The decision was only preceded by closed-door negotiations of a small group of judges, which was confirmed today by the statement by the secretary of the Council Giorgi Mikautadze. It is noteworthy that even some of the non-judicial members of the Council, were never informed about the nominated candidates. Such an informal process of selection of the Supreme Court candidates contradicts to the goals of the law and the Constitution.
Today, most members of the Council supported the candidacy of the most visible representatives of the dominant group, who have a very questionable reputation. Among these candidates are Mikheil Chinchaladze, Giorgi Mikautadze, Dimitri Gvritishvili, Tamar Alania, Merab Gabinashvili and Giorgi Tkavadze. Three non-judiciary members appointed to the Council by the Parliament (Levan Gzirishvili, Shota Kadagidze, Zaza Kharebava) also supported this arbitrary decision tailored to the needs of the dominant group. Irakli Gelashvili, Ana Dolidze and Nazi Janezashvili were the only members, who expressed their negative opinions and refused to vote.
The current crisis in the Georgian Judicial System is partially the result of the legislation adopted by the parliament within past several years. A particular shortcoming of the legislation is that it is tailored to the needs of the dominant group of judges and the absence of will from the parliament to implement the basic reforms. Since the Council requires the consent of the parliament to appoint the nominated candidates to the Supreme Court, the legislative body has a decisive role to prevent the justice system in the country from becoming even more closed and not to support justice influenced by undue interests.
Taking the above into consideration, we call for the parliament of Georgia:
Signatory Organizations:
The Human Rights Education and Monitoring Center (EMC)
Transparency International Georgia
The Institute for Development of Freedom of Information(IDFI)
Georgian Young Lawyers' Association (GYLA)
Georgian Democracy Initiative(GDI)
International Society for Fair Elections and Democracy(ISFED)
Union “Sapari”
Partnership for Human Rights (PHR)