The Presidential Runoff Should be Scheduled on a Non-work Day 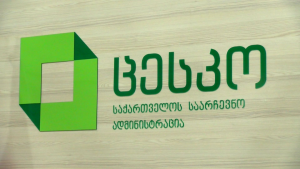 According to the agenda of the CEC session today, in addition to summarizing the final election results, the electoral administration will also set the runoff election date, meaning that the presidential runoff will be scheduled for Wednesday, October 28.
Under art.104 of the Election Code of Georgia, the CEC summarizes election results and draws up a relevant summary protocol no later than the 20th day after polling, which in the given case is Saturday, November 17. The Election Code does not obligate the CEC to summarize and announce election results right after the complaints process is completed. Therefore, according to the law the electoral administration is authorized to summarize the results on Saturday, November 17 and subsequently set a non-work day as the date of the presidential runoff.
Otherwise, realization of the right to vote guaranteed by the Constitution of Georgia will be put at risk for some voters due to the following circumstances:
Observer organizations believe that scheduling the presidential election runoff for Saturday is an important prerequisite for ensuring realization of right to vote for Georgian citizens residing in Georgia and abroad. Therefore, we urge the CEC to share this spirit and consider as much as possible the importance of realization of every Georgian citizen’s right to vote in the process of making a decision about the date of official announcement of the outcome of first round of the presidential election.
International Society for Fair Elections and Democracy (ISFED)
Georgian Young Lawyers' Association (GYLA)
Transparency International Georgia (TI)