The standard of electoral complaints adjudication at DECs has markedly declined 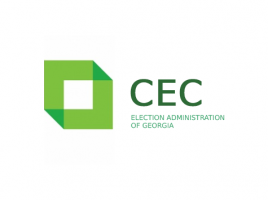 ISFED has filed 127 complaints with district electoral commissions concerning violations detected on the Election Day, during counting of votes and in the post-election period of the October 28 presidential election of Georgia. Out of these complaints, 15 were satisfied, 13 were partially satisfied, 40 were not satisfied and 18 were left without consideration. One complaint was withdrawn by the organization itself. Several complaints that sought imposition of administrative liability on commission members are still pending.
Majority of complaints sought imposition of liability on PEC members, including administrative liability for inadequate fulfillment of duties. In several cases, revision and invalidation of voting results was requested but none of these complaints were satisfied. These demands were mostly raised in cases where data had been rewritten in summary protocols or numbers did not reconcile – in particular, when the number of votes received by subjects together with the number of invalid ballots exceeded the number of voters that had cast a ballot.
36 complaints concerned inadequate handling of summary protocols due to errors or omissions in summary protocols concerning, for instance, date and time of when a protocol was prepared, commission seal number, etc. 9 complaints concerned precincts where the sum of the number of votes received by subjects and the number of invalidated ballots exceeded the number of voters that had cast a ballot, and 14 complaints were filed over rewritten/corrected data in summary protocols.
During the complaints process, representatives of the organization had an opportunity to attend adjudication of complaints and express their position about the complaints filed. The only exception was Poti DEC where parties had not been summoned to attend consideration of complaints. Khobi DEC also adjudicated a complaint in absence of ISFED representative. They announced that the organization did not appear. After this fact became known, they scheduled another meeting but they also stated that “nothing would change”. At Tkibuli DEC where ISFED had filed a single complaint, representative of the organization was told that they were not going to satisfy the complaint because as members of the DEC alleged the observer had filed the complaint for the sake of filing at least one complaint.
Problems identified are similar to the problems detected in the 2017 self-government elections:
As a general trend, ISFED found that PEC members wrote explanatory notes about any and all types of violations irrespective of their seriousness, which is viewed as sufficient grounds not only for establishing factual circumstances but also for releasing respective PEC members from liability. Correction protocols are also used for the same reason.
DECs are trying at all costs to avoid not only revision of counting results but also imposition of liability on PEC members and they use all sorts of arguments to this end.
This practice is a continuation of the trend detected during recent elections, which grew even further in scale and strength during the presidential election. Such approach leaves impression that the electoral administration is making deliberate attempts to justify violations by any and all means. Against this background, it is clear that the standard of adjudication of electoral disputes has worsened. Moreover, rigorous attempts of the electoral administration to not satisfy complaints and impose liability on commission members that have violated the law makes filing of complaints and the post-election of complaint adjudication pointless.
We urge the electoral administration for adjudication of the complaints during the second round of elections to consider the identified problems; to take effective actions in response to violations provided in the Election Code of Georgia; and to not encourage electoral violations by helping PEC members escape liability.
<< Back