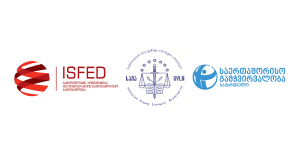 This year marks the first time the population of Georgia will be electing the president through runoff election. Nearly equal support received by the frontrunners on October 28 polling day, who will be competing in the runoff indicates that the second round of the presidential election will be highly competitive. Thus, the second round of the 201 presidential election will be an important test for development and consolidation of Georgian democracy.
Judging from experience, highly competitive election runoff in Georgia increases the risks of tension, violent incidents and pressure in the period between the two rounds. Two days after the first round of the presidential election, members of the parliamentary majority made alarming statements predicting civil war and revolutionary scenarios if the opposition candidate wins.
According to the union Power in Unity, which supports Grigol Vashadze, the same day on October 30, members of MP Enzel Mkoyan’s family and about 30 more people invaded Power in Unity office in Akhalkalaki and attacked representatives of the opposition union. As a result, four members of the Power in Unity were admitted to Akhalkalaki Regional Hospital due to multiple injuries. The Ministry of Internal Affairs has launched investigation into the incident under para.2”a” and para.3 of art.239 of the Criminal Code of Georgia (hooliganism, perpetrated by a group, using a firearm or any other object as a weapon). Several other incidents involving verbal and physical confrontation between supporters of presidential candidates were also detected in the past few days.
These statements made by political office holders within the pre-election campaign of the presidential runoff contains elements of propaganda for civil war and encouragement of violence, which puts conduct of election processes in a violence-free environment at risk. Such aggressive rhetoric undermines the idea of democratic elections and contradicts political rights guaranteed by the international law according to which voters should be able to express their opinions independently, without any violence, threats of violence, coercion, bribery and any other types of manipulating interventions.
High-level political office holders have a special responsibility not to use their statements to provoke violence or fear in public. In addition, it is the function of the authorities to provide security and they are obligated to protect each and every citizen, organization or state institution from violence and ensure their wellbeing.
Any electoral subject must respect will of voters expressed through elections and therefore, rhetoric about break out of civil war if elections end with a certain outcome is extremely alarming and harmful. Both the ruling party and the opposition should send a clear message that they respect choice of Georgian citizens expressed through elections and they will not try to acerbate the situation in any way irrespective of the outcome of the election.
In light of the foregoing, we urge:
Political officials, presidential candidates, parties and their supporters:
The authorities and the law enforcement bodies:
Signatory organizations:
International Society for Fair Elections and Democracy (ISFED)
Georgian Young Lawyers' Association (GYLA)
Transparency International Georgia