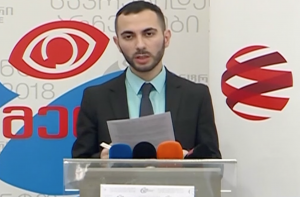 The International Society for Fair Elections and Democracy (ISFED) was monitoring the October 28, 2018 Presidential Elections in all electoral districts across Georgia. ISFED Observation Mission consists of 800 short-term-observers deployed at precincts, 73 observers deployed at district electoral commissions and 78 mobile groups. PVT and Incident Centers operated in the central office staffed with 15 operators and 10 lawyers. ISFED thanks every observer involved in the Observation Mission.
ISFED’s observation of the Presidential Elections was based on the Parallel Vote Tabulation (PVT) methodology, which enabled us to timely detect violations, systematically evaluate the entire Election Day process and verify the accuracy of the official election results.
Key Conclusions
Based on the ISFED PVT data, we can conclude that the tabulation of votes was mostly conducted in compliance with election procedures. Similarly to the voting process, number of violations were reported during counting of votes, such as: improper filling of summary protocols, restriction of the rights of observers, number of issued ballot papers not matching number of signatures in the voters list, violation of sealing procedure of election materials. In some precincts ballots that indicated voter’s choices have been improperly invalidated.
ISFED observers have filed 73 complaints with Precinct Electoral Commissions (PECs) and 82 complaints with District Electoral Commissions (DECs).
PVT findings
Based on PVT reports from ISFED observers, voter turnout was 46.6% (with margin of error +/- 0.8%), which is similar to the 2013 Presidential Elections when final turnout was 47.0%.
Presence of unauthorized persons was reported in the 0.6% of the polling stations.
Election Day Results
Based on the information received about the Election Day process, ISFED is confident in its PVT results. ISFED received information from 99.0% of its observers.
We present the top seven candidates based on information received from 99.0% of polling stations using the established PVT (random sampling of polling stations).