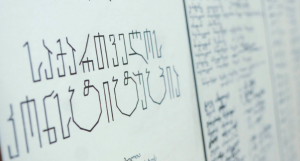 The President of Georgia proposed the following to the parliamentary majority about four issues of the constitutional reform: scrapping of the so-called bonus mandates, allowing electoral blocs, moving to the fully proportional electoral system in 2020, and election of president by Parliament after it becomes bicameral.
We believe that the president’s proposal is a reasonable compromise that can help overcome the stalemate that has been created around the constitutional reform over the last few months. The proposal is mostly focused on the electoral system, which echoes the position of civil society about the importance of directing efforts of the political stakeholders towards the key issue of the constitutional reform – reaching an agreement about the electoral system. Therefore, we welcome the president’s solution and believe that if the ruling party takes adequate steps in response, the proposal can help reach a consensus about the constitutional changes.
We urge the ruling party to give a careful consideration the president’s proposal and demonstrate maximum effort and political will for reaching an agreement, which has also been recommended by the Venice Commission and is extremely important for Georgia’s democratic development.
International Society for Fair Elections and Democracy
Transparency International – Georgia
Georgian Democratic Initiative
Civil Development Agency
Georgian Reforms Association
Human Rights Center
Liberal Academy
Open Society Foundation
Georgian Young Lawyers’ Association
<< Back