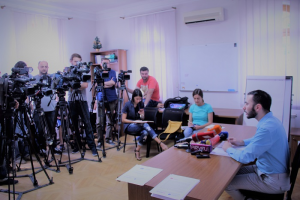 Georgia will hold regular elections of the local self-government bodies in October 2017. The International Society for Fair Elections and Democracy (ISFED) will carry out monitoring of the local elections nationwide. Since July 24, 70 long-term observers (LTOs) have already been observing the pre-election period in all municipalities.
Before publishing interim results of the pre-election observation, ISFED presents the assessment of the pre-election environment in Georgia with respect to the electoral legislation, political and media pluralism. Constitutional changes were the major issue of civil society and political discussions ahead of the 2017 local self-government elections. The process of Constitutional reform initiated in the mostly inclusive format of the State Constitutional Commission reached a sort of a stalemate in late after the ruling party made an unexpected decision to postpone changes in the electoral system until 2024.

ISFED Evaluation of the Pre-Election Environment