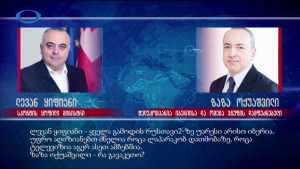 We would like to respond to the recent developments that have taken place in the country, which are indicative of a severe crisis in the governance system, clear signs of grand corruption and informal clan rule in Georgia. We believe that the control exercised by an influential group over public institutions and its use of those institutions for the promotion of narrow group interests is a precursor towards the breakdown of the public institutions.
In the past few years, there have been a number of cases pointing to the fact that certain individuals stand above the law and are untouchable. The parallel existence of formal and informal governance undermines the system of democratic accountability, strips the formal decision-makers of their responsibilities and alienates the citizens from the political system.
In spite of coming to power with the promise to eradicate and “restore justice” on the severe and systematic violations of human rights committed in the past, the new government has failed to show political will on creating a more viable, more democratic system for solving these issues.
The following issues are indicative of a crisis in the democratic governance system:
Unfortunately, the recent statements of the ruling party and today’s briefing have illustrated that the ruling party is not looking for solutions to solve the aforementioned issues, and is instead trying to avoid responsibility and is not planning to respond to the case.
Under these circumstances, it is especially important for the society to stay focused on the aforementioned issues and demand an appropriate response from the government.
Due to the severity of the case, we think the following steps should be taken:
Transparency International Georgia
Georgian Young Lawyer’s Association
International Society for Fair Elections and Democracy
Georgian Democracy Initiative
Human Rights Education and Monitoring Center
Georgian Reforms Associates
In Depth Reporting and Advocacy Center
Article 42
Institute for Development of Freedom of Information
Open Society Georgia Foundation
Green Alternative
Atlantic Council
Partnership for Human Rights
<< Back